Nepal has a variety of cuisines depending on the geography and ethnicity of a place. The cuisine in Nepal is considered to be much healthier than the South Indian cuisine. They rely on salads, meat, fresh vegetables, pickles etc. The usage of fats in Nepal cuisine is minimal. Ever since Nepal opened its borders to the foreigners in the 1950’s, it has been taking heavy influence from its bordering Countries like India, China and Tibet. Since Nepal has a lot of trade barriers, they mainly depend on the locally grown produce. Lentils, potatoes, cumin, coriander, garlic, tomatoes and chilies are many of the common ingredients used in their cuisines. Curd or dahi is again something that is widely used in Nepal. Lassi, a drink made from curd and desserts like Sikarni is quite popular here.

Dal-Bhat-Takari is taken by the people throughout Nepal and is the most famous food in Nepal. This meal is eaten twice every day. Bhat refers to rice. Dal is a curry made by using spices and lentils. Bhat and Dal are served together giving it a soupy appearance. Dal-Bhat-Takeri is eaten along with sliced lemons or pickle. Rice, being the staple food in many of the Asian Countries, is prevalent in Nepal too. Pulao is taken during any festivals or celebrations. Pulao, seasoned with turmeric, nutmeg and cumin is taken with curd and papads. Rice items are always served with roti by the side.

WHAT IS NEPAL WITHOUT MOMO?

Dumplings, in Nepal, is called a momo. Steamed meat or vegetables is the main ingredient in momo. They are taken with a spicy dip made with tomatoes in fermented vegetables. Momo is an influence from the Tibet and Bhutan. Momo’s are filled with cheese or potatoes also. The momo from Rosemary Kitchen and coffee shop in Kathmandu is a must-try.

Momo- served with other delicacies.

Thukpa, a common delicacy in Nepal is served with momo’s. It is a hot noodle soup that is very famous all across Nepal. Thukpa is seasoned with meat stalk which gives it a soothing aroma. Thukpa is also an influence from the Bhutan and Tibet. The Nepalese version of Thukpa is a little spicier. 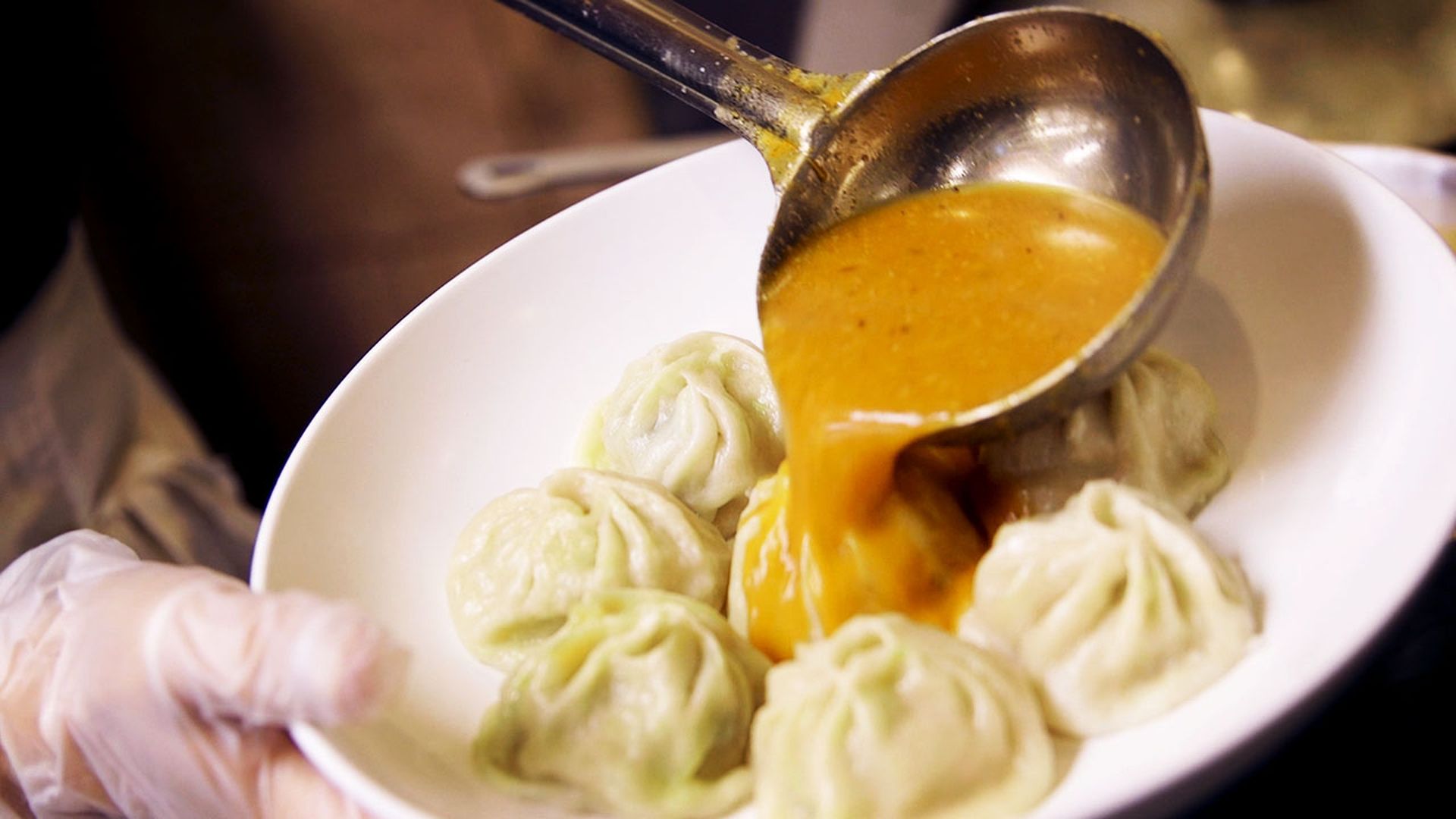 The sel roti made of rice flour is another must-try food in Nepal. Sel is taken together with momo too. Sel roti has a puffy-soft texture and can be your perfect snack or breakfast also.